Dash board lights and controls

being able to use the main controls of a car is a must if the car is to be driven safely, but also an understanding of the secondary controls and the information provided by the information displays is just as important.

on this page examples are given on these secondary controls. 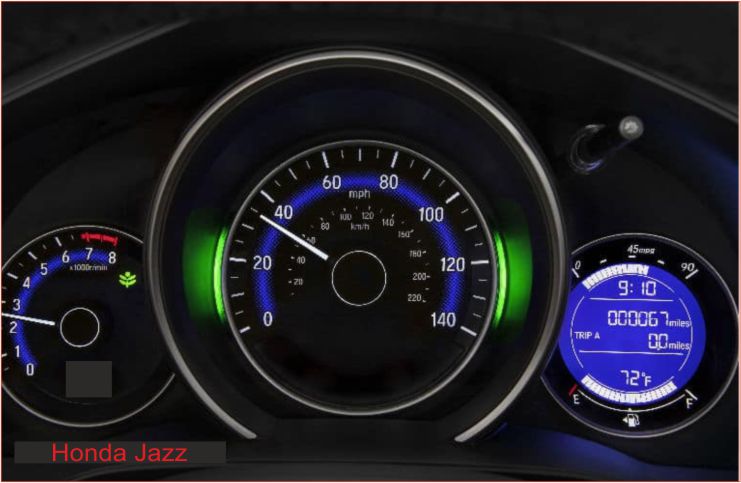 using the school tuition vehicle as an example, the above picture shows the three meters that are in the centre of the dash board which include the tachometer (rev counter) the speedometer and the multi-function information display. the rev counter shows the amount of rPM that the engine is providing ,the speedo how fast the vehicle is traveling at whilst the multi-function display provides various information including fuel disposition, outside temperature, mileage, trip meters and various other information. 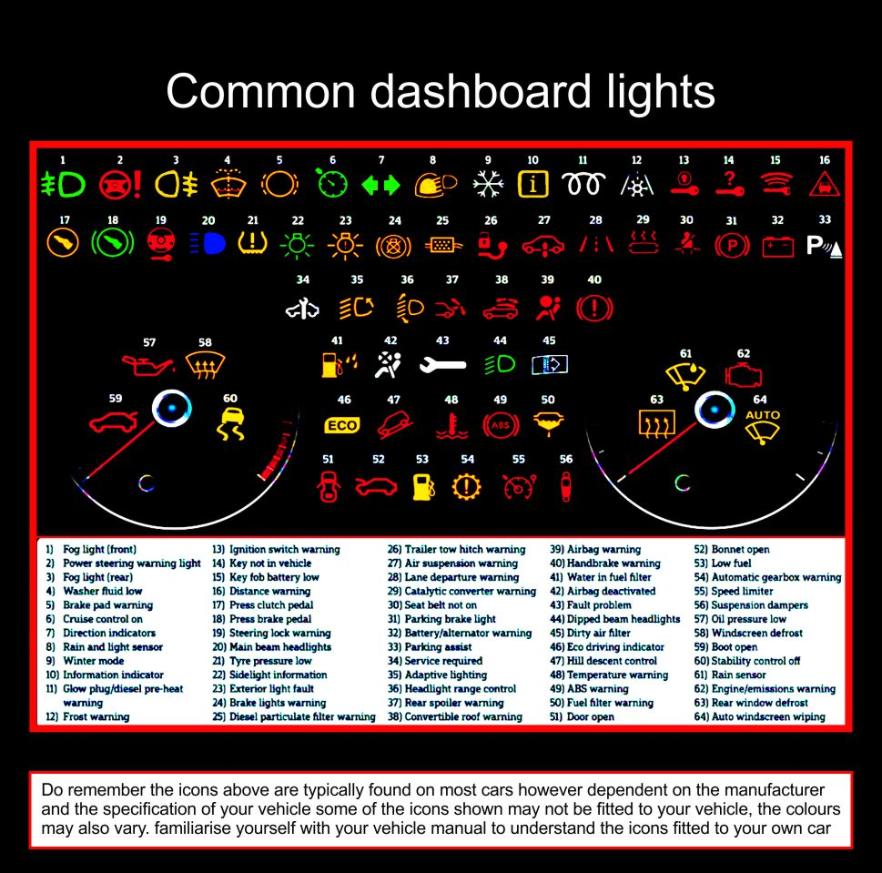 using the school tuition vehicle as an example the diagram Below shows the controls known as secondary controls such as the lever usually on the left behind the steering wheel (although in some cars they may on the right) which control the use of the headlights, sidelights, fog lights and also the vehicle indicators, there is also a switch to control the high(main) beam and low(dipped) beam selection of the headlights. (it should be noted some cars have a light switch to turn on the lights on the dash board)

another lever usually on the right behind the steering wheel (although in some cars they may be on the left) controls the use of the front and rear windscreen wipers and washers.

also shown is the school tuition vehicle's heating controls which demist the front and rear windscreens and allow for the air direction to be selected within the car,  again it should be noted that all cars vary in design so other cars that a person may drive may Be different in the positioning of these controls but normally all cars have these controls fitted so if you are unsure check the vehicle manual. 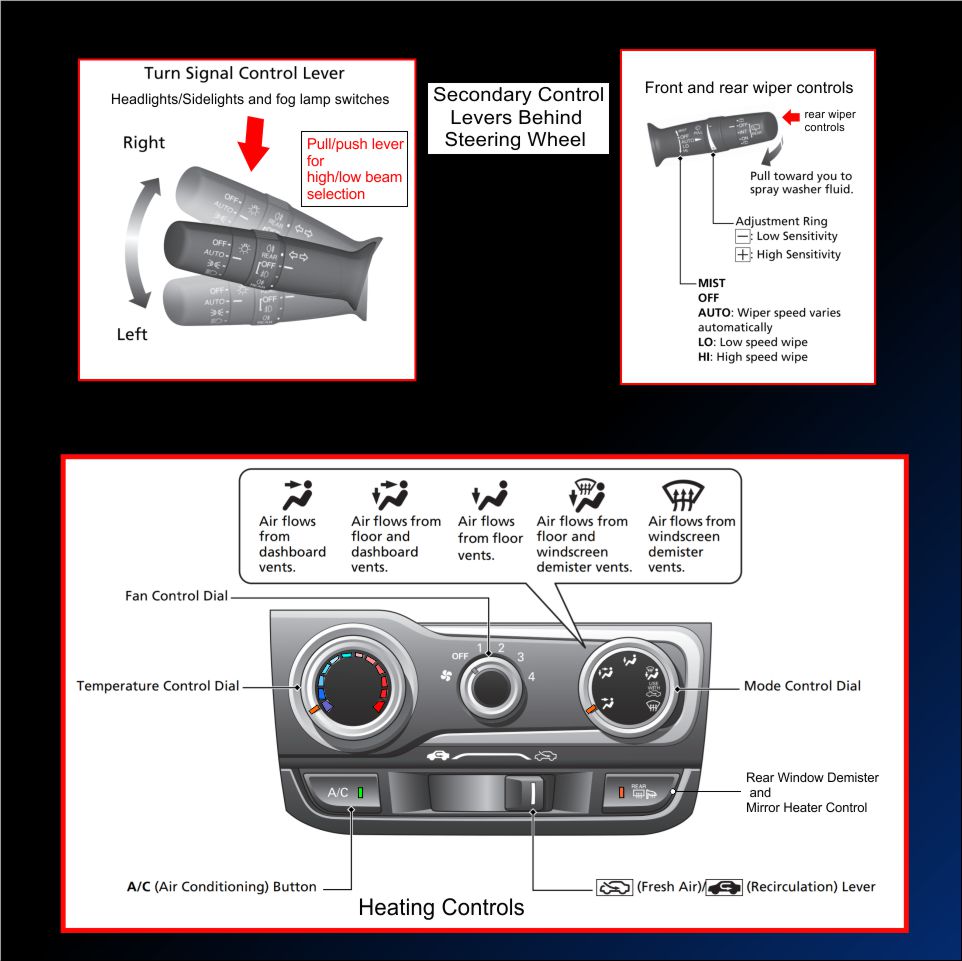